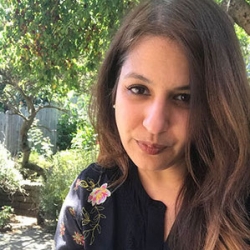 Professor Shahani is Chair of the English Department. She received her Ph.D. from Emory University and her Master’s from the University of Bombay, India. At San Francisco State, she teaches courses on Shakespeare studies, postcolonial studies, and food studies. She is the author of Tasting Difference: Food, Race, and Cultural Encounters in Early Modern Literature, published by Cornell University Press in 2020. She has edited two collections, Food and Literature (Cambridge University Press, 2019) and Emissaries in Early Modern Literature & Culture (Routledge 2016, Ashgate 2009, with Brinda Charry). Her articles on race and colonialism in early modern literature have been published in numerous collections and journals, including Shakespeare, Shakespeare Studies, and The Journal of Early Modern Cultural Studies. She has given several public lectures on Shakespeare in Hindi cinema at San Francisco-based film festivals and her essays on the Bard in Bollywood have been anthologized in volumes on Shakespearean adaptation.